Blog of the Week- Harassment at Work!

Harassment at Work and how to address it

As someone who started work in the 1980’s, sexual harassment at work was something you brushed off. I was the new kid on the block. The men were in senior positions. Wasn’t that just part of work?  Like the bully in the playground, if you showed you were bothered, they would only do it more. I could tell you all sorts of stories. I am sure that many women of my age could too.

I really thought things had changed until a strange incident a few weeks ago. A smartly dressed man stopped me in the street and talked to me as if he knew me. I meet a lot of people at networking and through clients.  His face did not look familiar but perhaps we had met somewhere. After a short, polite conversation he suddenly asked me about my underwear. Frankly, I thought I was long past such attention. Apparently not. Then I spoke to friends. It turned out many of them had had similar recent encounters. Maybe sexual harassment is still very much there. Maybe it is still being brushed off. Maybe we still worry that if we show it bothers us, it will only happen more.

To me, this has been a surprise. When the #MeToo campaign started, it seemed that people were no longer afraid to tell their stories. I for one was glad.

The Women and Equalities Commission have just produced a report on Sexual Harassment in the Workplace.  It describes the number of cases that reach court as “the tip of the iceberg”. It encourages employers to put the same emphasis on sexual harassment as on other high-profile areas such as data protection.

What is harassment at work?

Harassment is defined as unwanted or unwelcome behaviour which is meant to or has the effect of either: violating your dignity, or. creating an intimidating, hostile, degrading, humiliating or offensive environment. 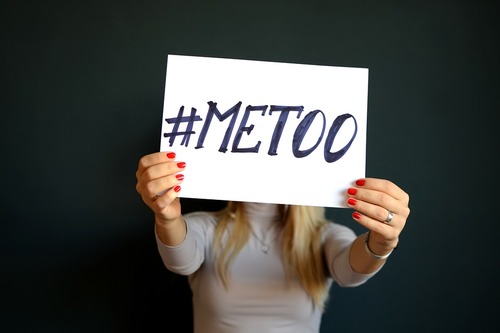 It was only banter

The fact that someone did not intend to cause offence etc is irrelevant.  If the person was offended, it’s harassment.  Harassment can be a series or events or one event can be enough to be classed as harassment.

Ask yourself – would you say or do this in front of your partner or your gran?  If the answer’s no, you probably shouldn’t do it.

What to do if someone complaints of sexual harassment:

-Ask for a written account of what was said or done, by whom, when and where any incidents occurred.

-Ask if there were any witnesses.

-You may need to suspend the alleged harasser while the matter is investigated.

-Any suspension must be on full pay and for as short a time as possible.

-Check CCTV and any other evidence.

-If you find their grounds are unfounded, speak to the individual about your findings and how to move forward.

-Remember “banter” is no excuse.

You would not want your child, your partner, your parent to be subject to harassment.  Your employees are all someone else’s child, partner and or parent.